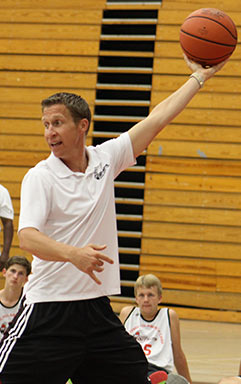 “I’ve seen some great teachers around the game — Hubie Brown, Rick Pitino — and Joe has the knack. A lot of people out there know the game, but they can’t teach it. Joe can teach the game. That’s a unique ability.”
—Mike Brey, University of Notre Dame